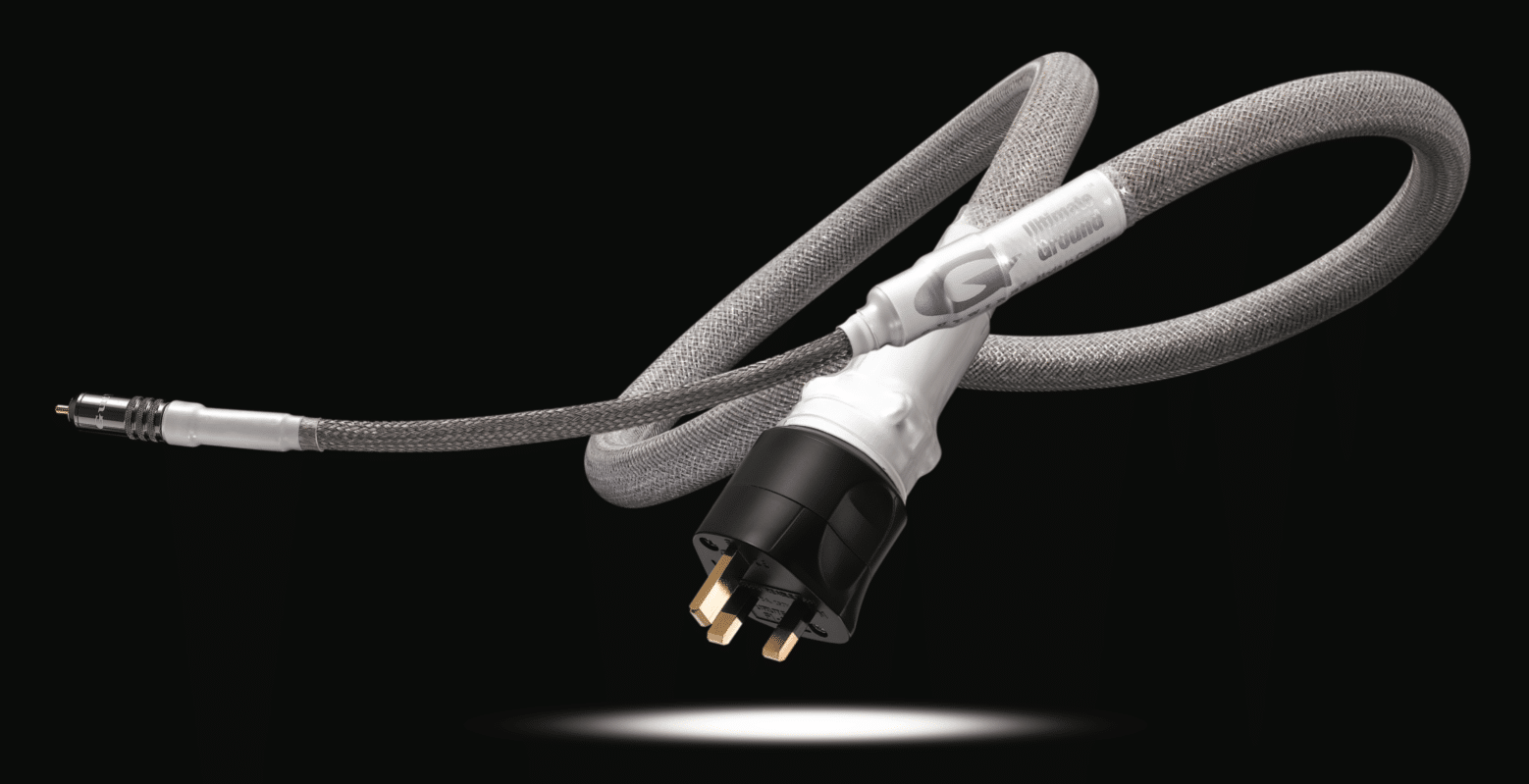 OK, I need to admit to some deep bias against this product from the outset. Try as I might, I just can’t get my head around the concept of something with a 13A mains plug at one end and a phono socket at the other. I know its not live and I am slightly more likely to be hit by lightning than I am to be electrocuted by the RCA socket at the end of the Gutwire Perfect or Ultimate Ground, but that doesn’t stop me from approaching this with some degree of trepidation.

The Canadian company Gutwire figured that the shortest path to signal ground on the circuit board of an amplifier is taking a direct tap from that circuit board to the earth itself. It was only a short jump from there to taking an output from the circuit board (say, a spare RCA socket hard-wired to the PCB) and hooking that to a grounding block. And it’s here where people put two and two together and make five.

The Grounding cable connects the PCB to the grounding block (the bulge in the cable itself) and the grounding block is then connected to the 13A mains earth, because floating earth systems saturate after a few months and the power connection drains that saturation. So, although there’s the primal fear of RCA plug at one end, 13A at the other, these are two completely isolated circuits. Gutwire recommends a couple of days of music playing for the cable to come to full strength, recommends starting with the source and working through the system from there, and suggests they should not be used with a filtered distribution block or power conditioner. Perfect Ground is designed to be used with most systems, but for those needing the best in grounding cable, the Ultimate Ground is recommended. This uses a copper/rare earth mix and more Japanese oak charcoal in the larger earthing capsule.

The Perfect Ground cable works on a sliding scale. On affordable, reasonably priced equipment, it is a subtle performer and the difference between Perfect and Ultimate is nuanced at best. The further up the audio food chain you go, however, and the more the Gutwire cables work, and the wider the gap between the two. Using a spare conector on a great DAC or good CD source, Perfect does the background noise floor lowering and soundstage widening you might expect from grounding blocks, but Ultimate adds more of a sense of pace and order to the sound. The overall performance is more graceful and refined with Gutwire’s Ultimate than without. Strongly recommended for top systems!